The plan was to work busily all spring so that once summer arrived we would have the perfect backyard to enjoy with our friends and family. But you know plans- they have a way of getting out of hand and changing without notice. Plus it rained. It rained all spring. I mean all spring. So here we are into July and we have finished maybe half of what we wanted to do. So this post, which was supposed to be the big “After” reveal, has been downgraded to more of an update. See all the before pictures here.

This is what we started with. It really wasn’t bad. It just needed a few enhancements. (And I don’t mean that in the same way that your Aunt Rita uses that word when she goes away for her “spa weekends” and comes back with her cheeks pulled up around her eyes.) 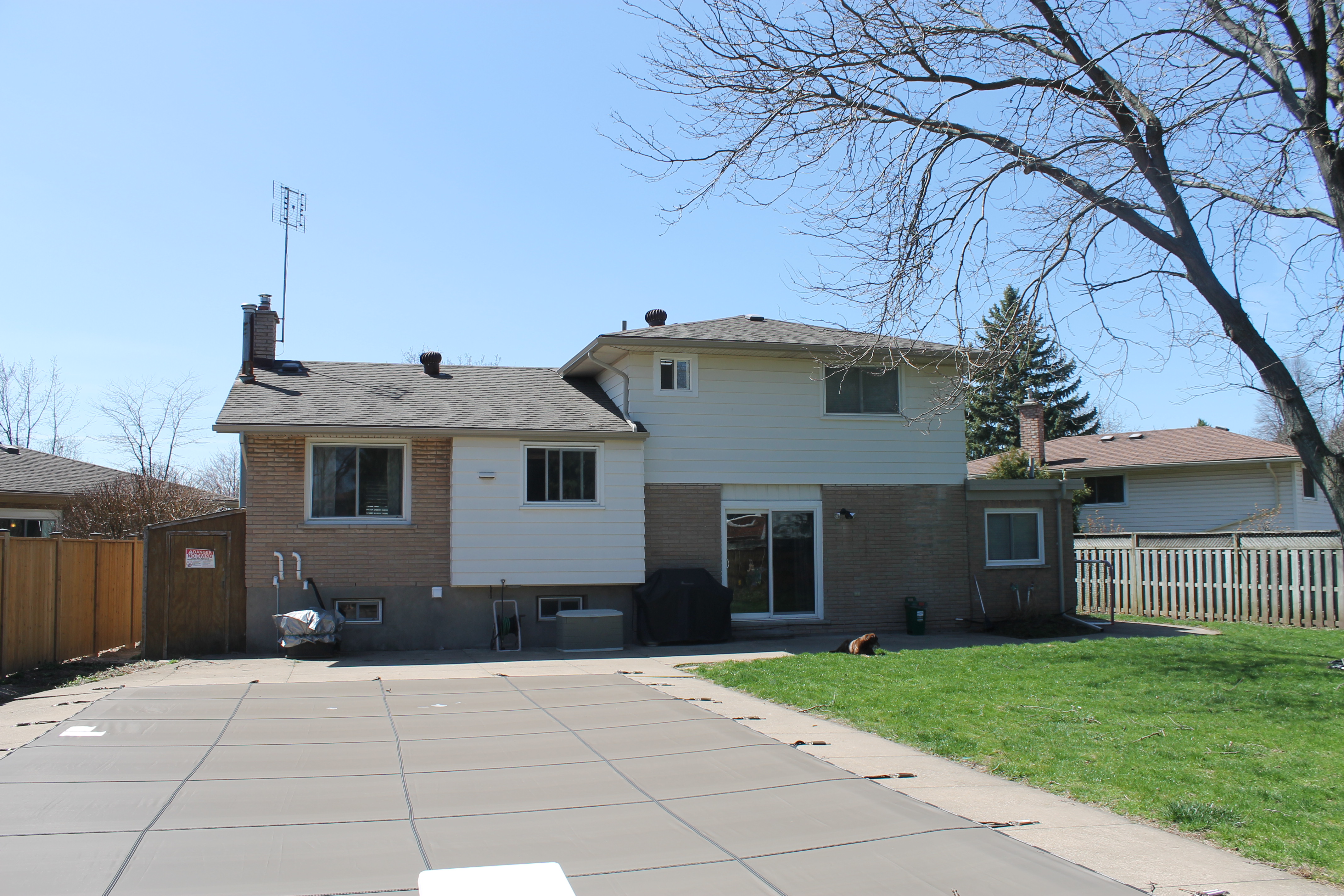 And here’s the not-quite after. 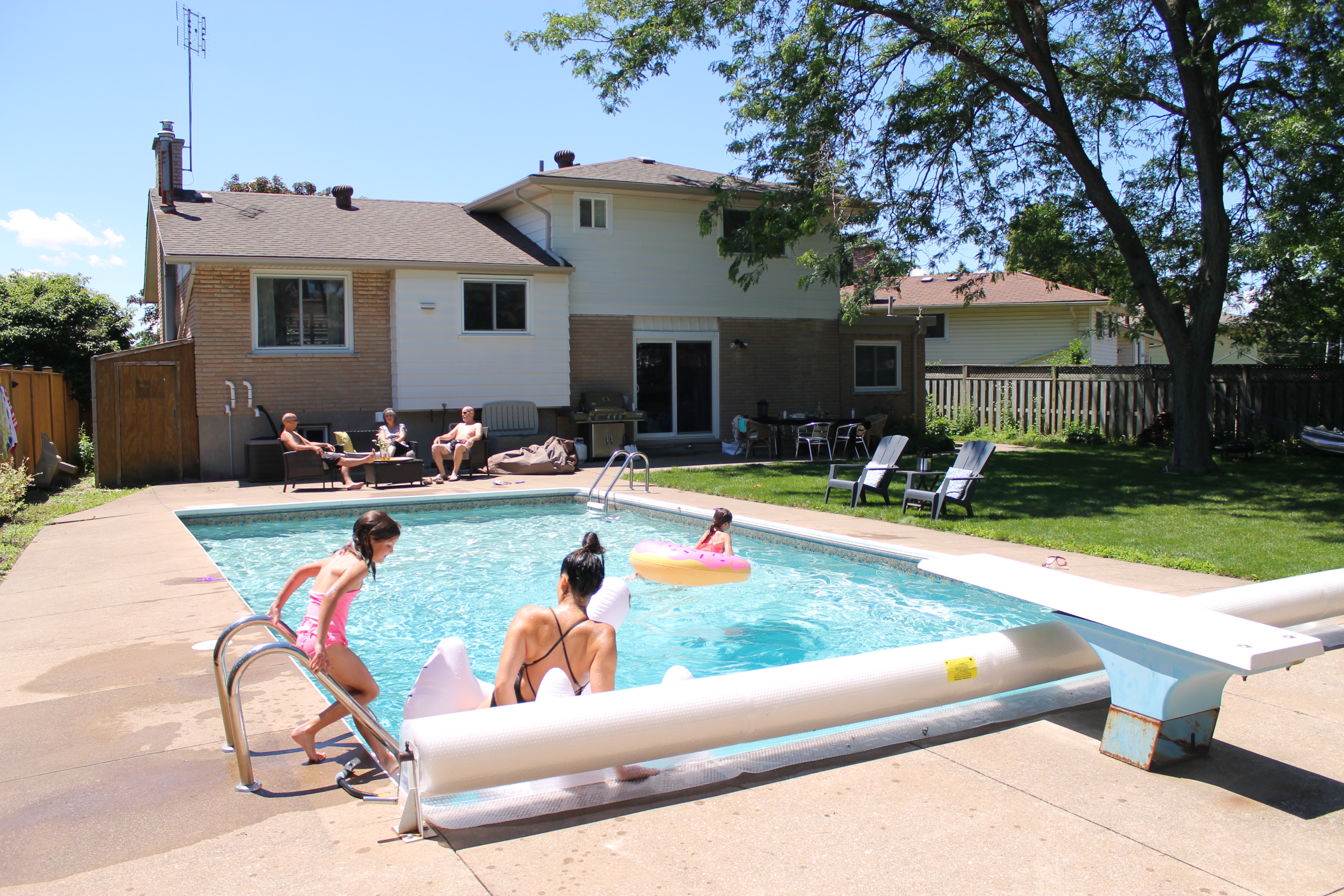 From a distance it looks the same, except with more people wearing less clothes. Here’s what we have done: 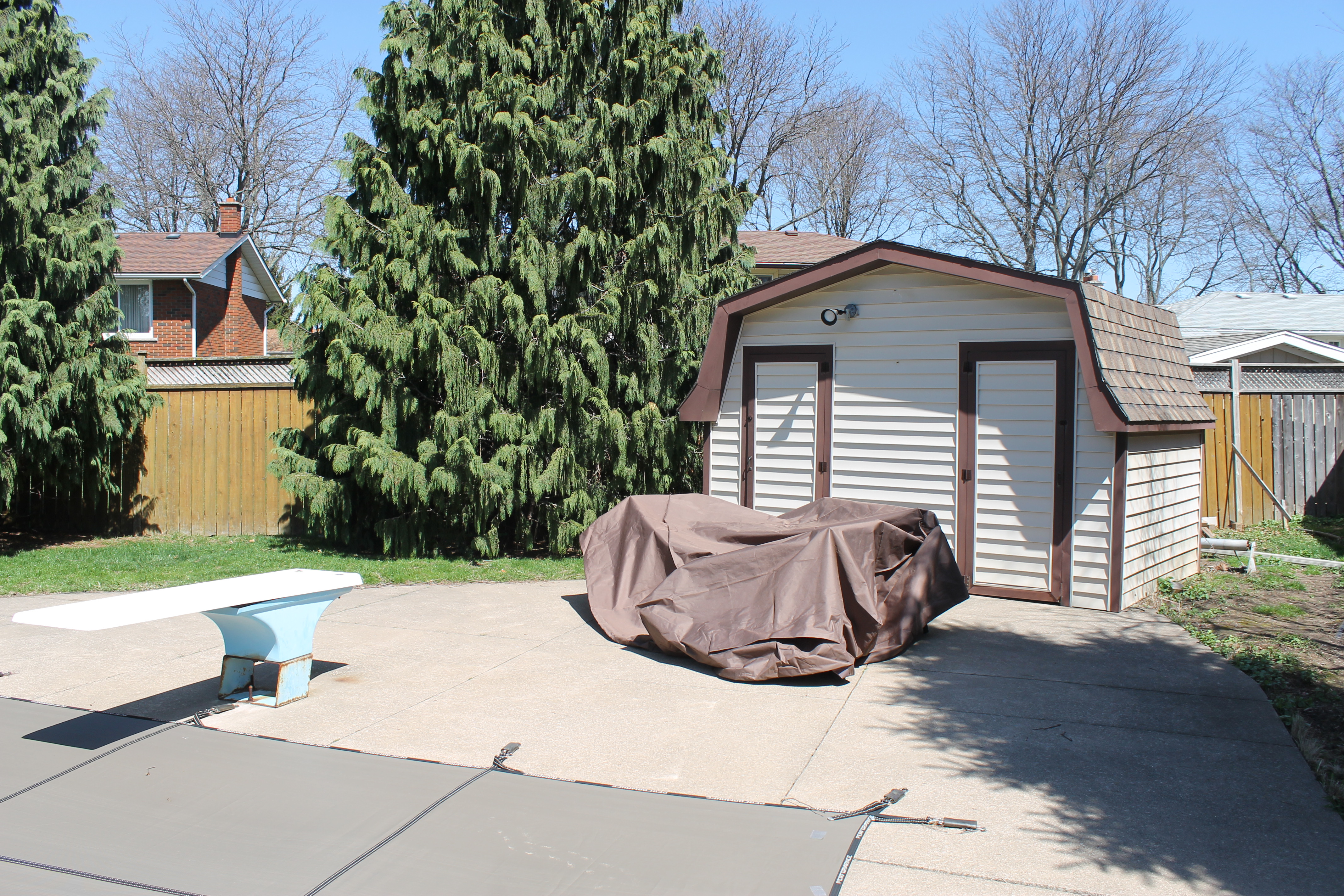 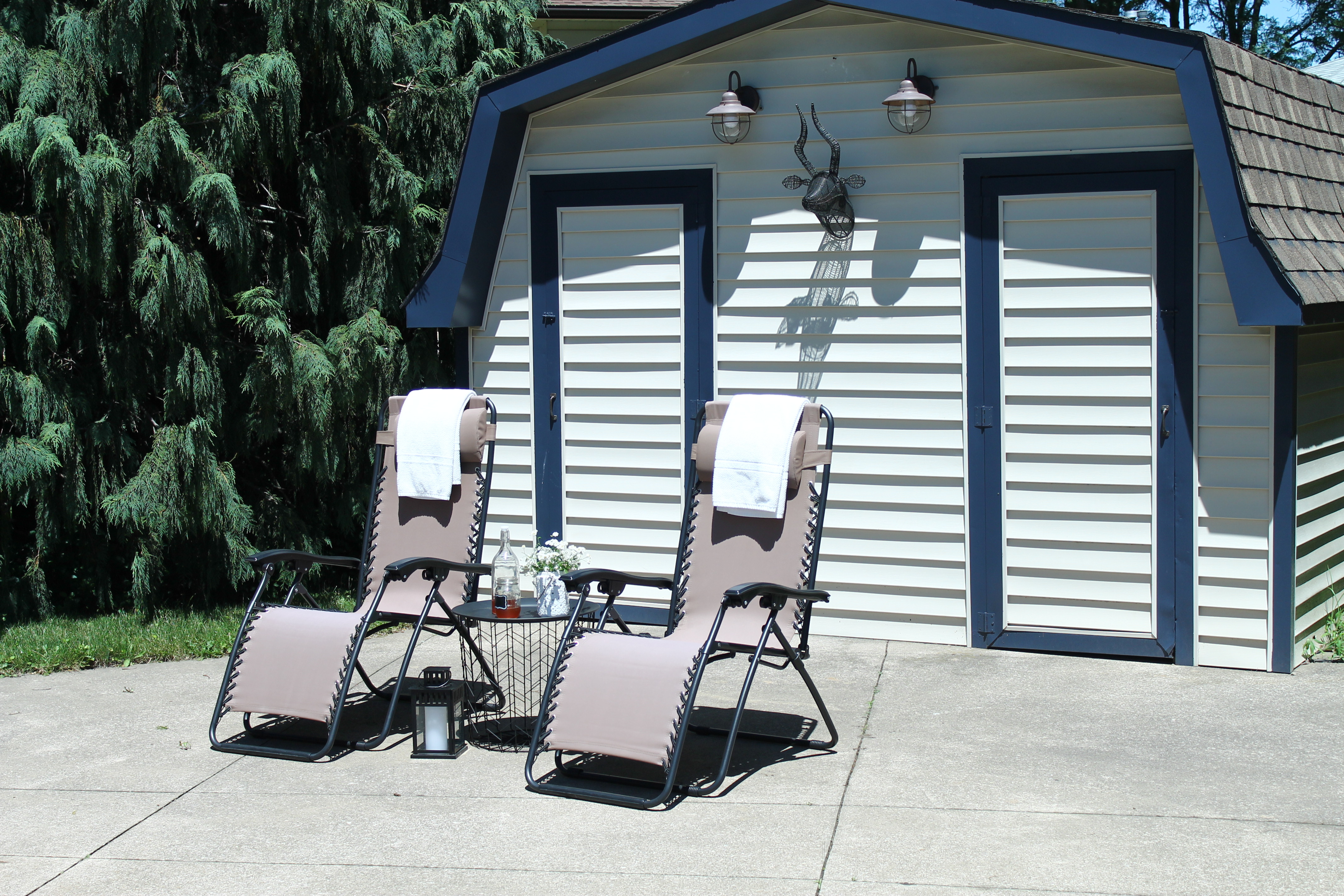 The trim is painted in Benjamin Moore’s Hale Navy. It looks like a lighter blue here in the blazing afternoon sunlight, but it’s actaully a dark navy. Most importantly, the brown is gone! 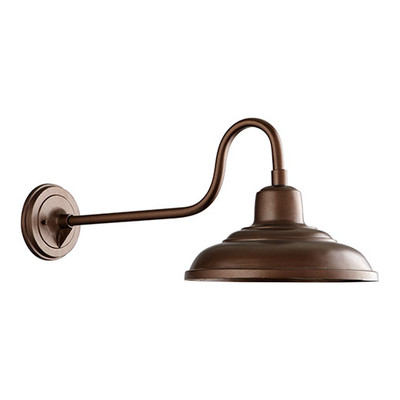 I had planned to install these lights from Wayfair, but the price of each sconce was $150 and we wanted 2 of them. I couldn’t justify spending $300 on lights that would only get used during pool season. Instead, I was able to find the ones in the picture above at Home Deopt for $35 each. They were similar enough in feel and finish and I can always remove the cage and globe around the bulb for a more exact match. 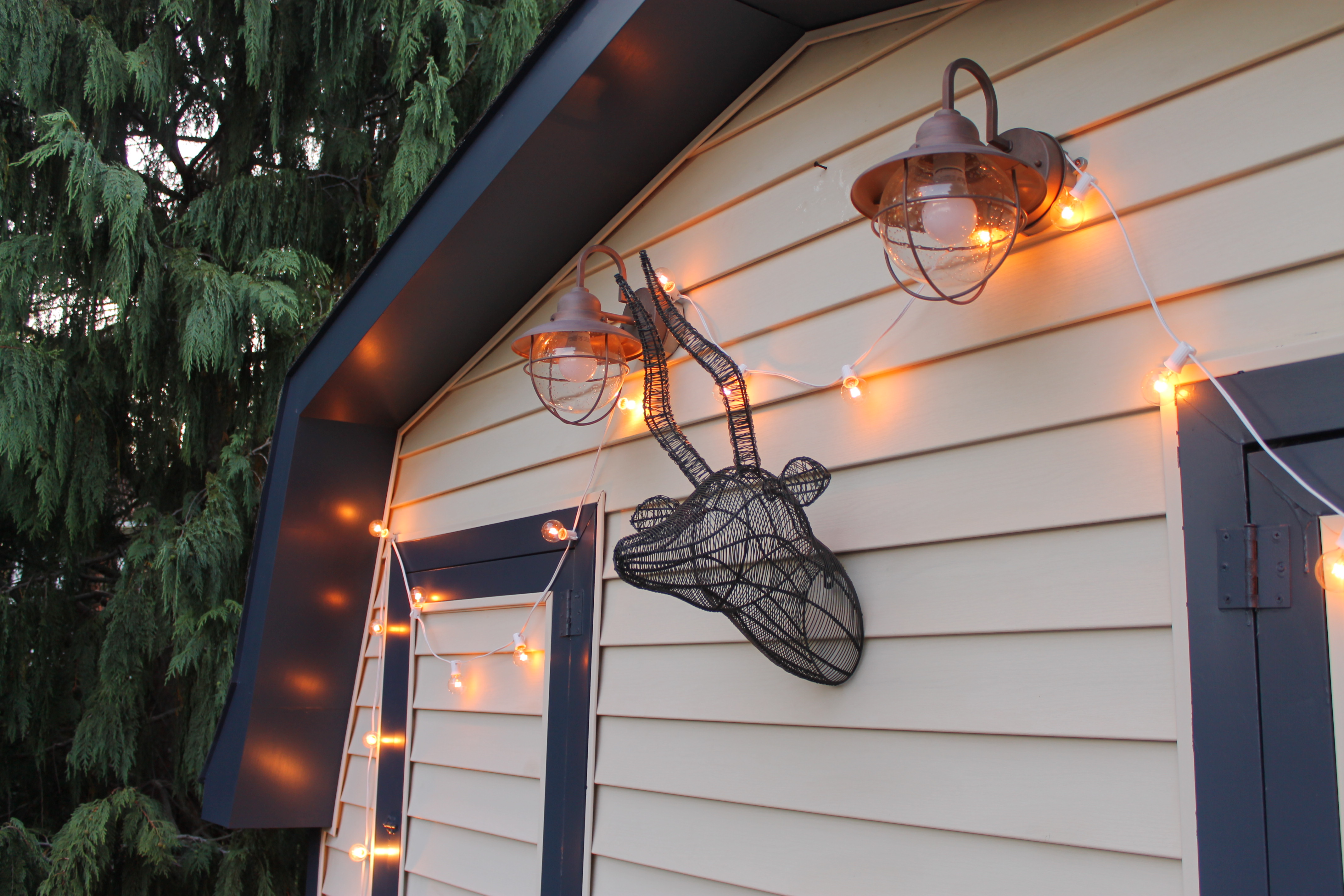 Last year’s hammock didn’t even make it through the first pool party of the season. This innocent looking place of relaxation is actually a giant swing where children are hurled through the air and upside down while screaming madly. I hope hammock number 2 can live up to the challenge. 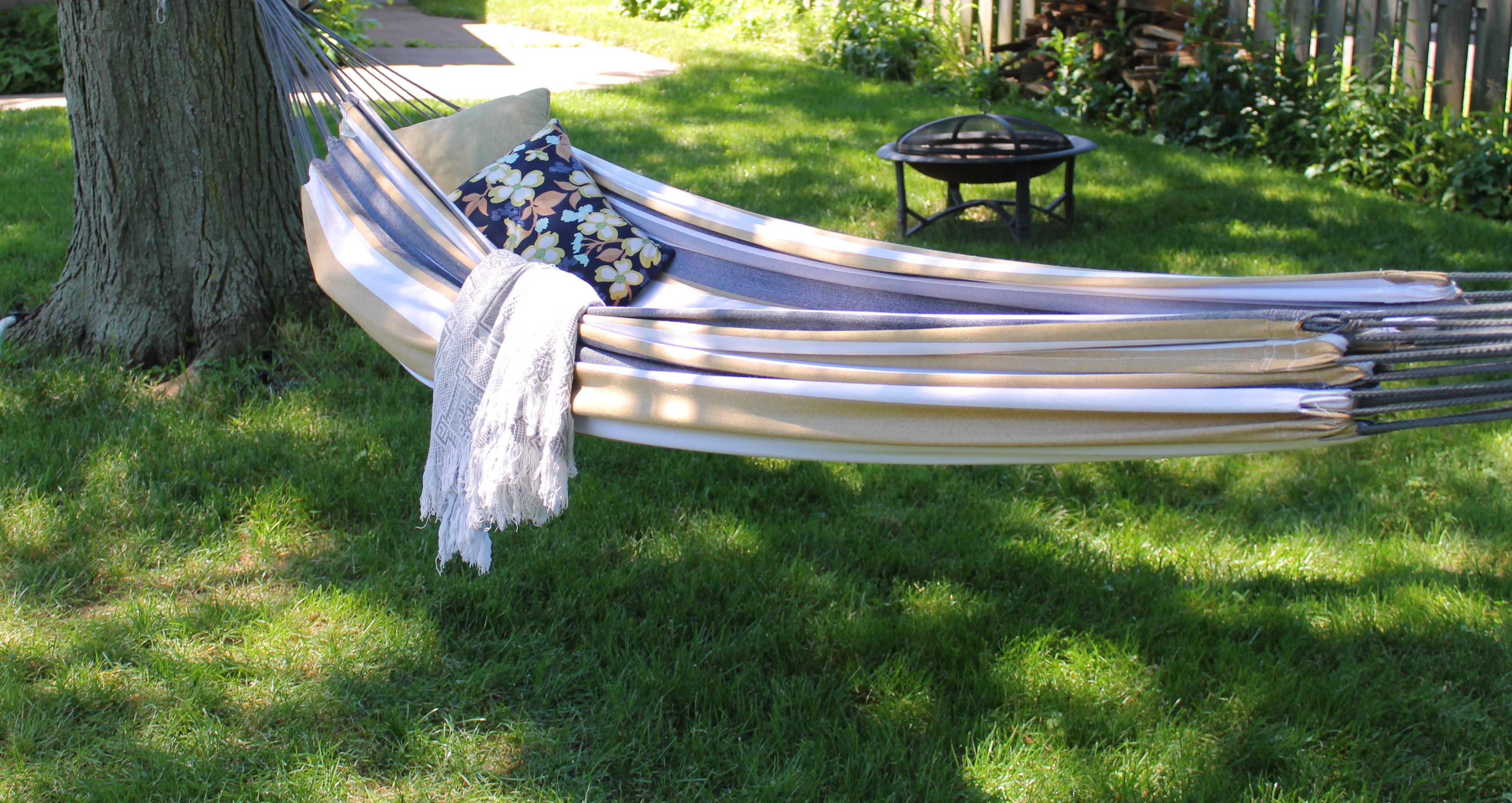 The view from the hammock 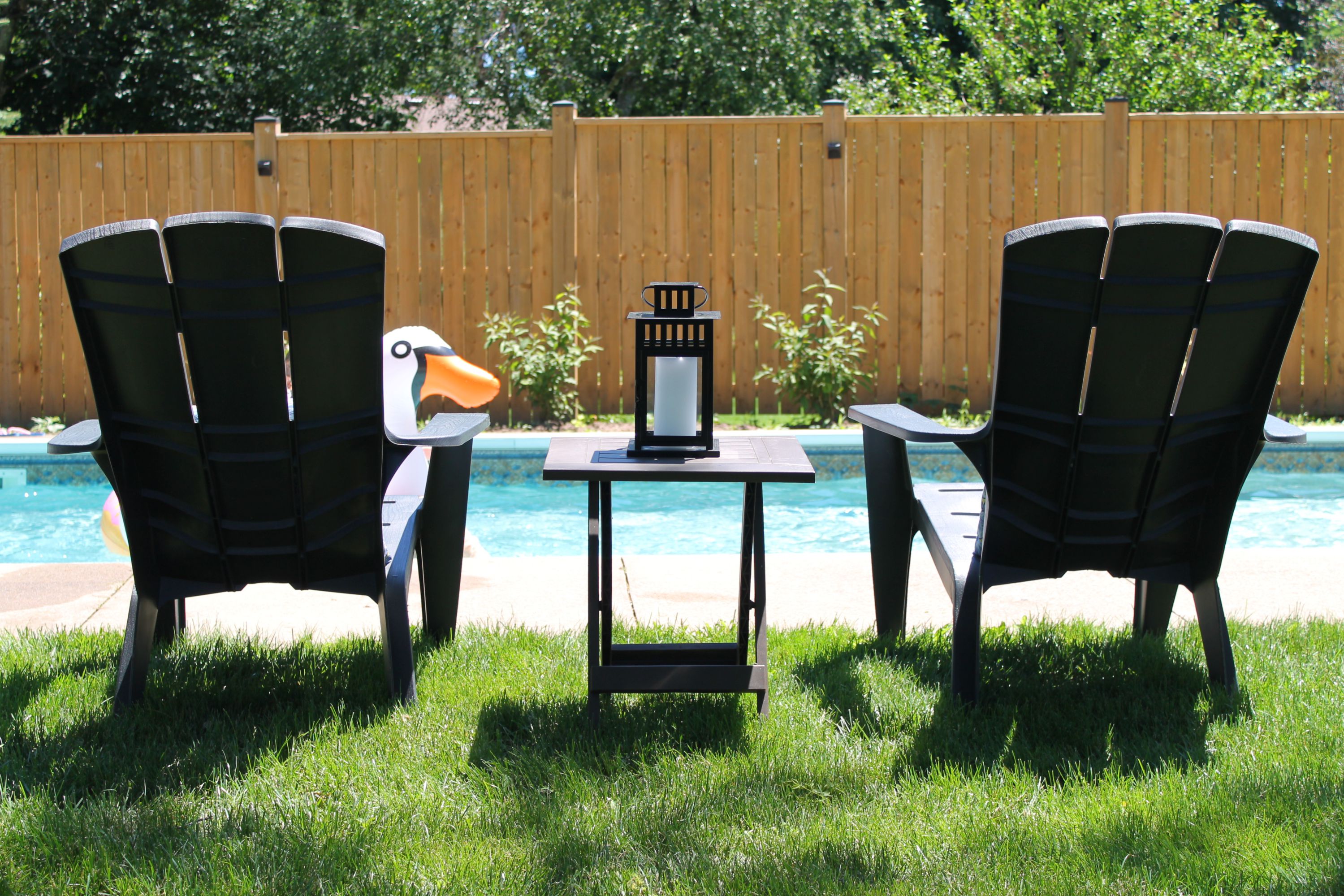 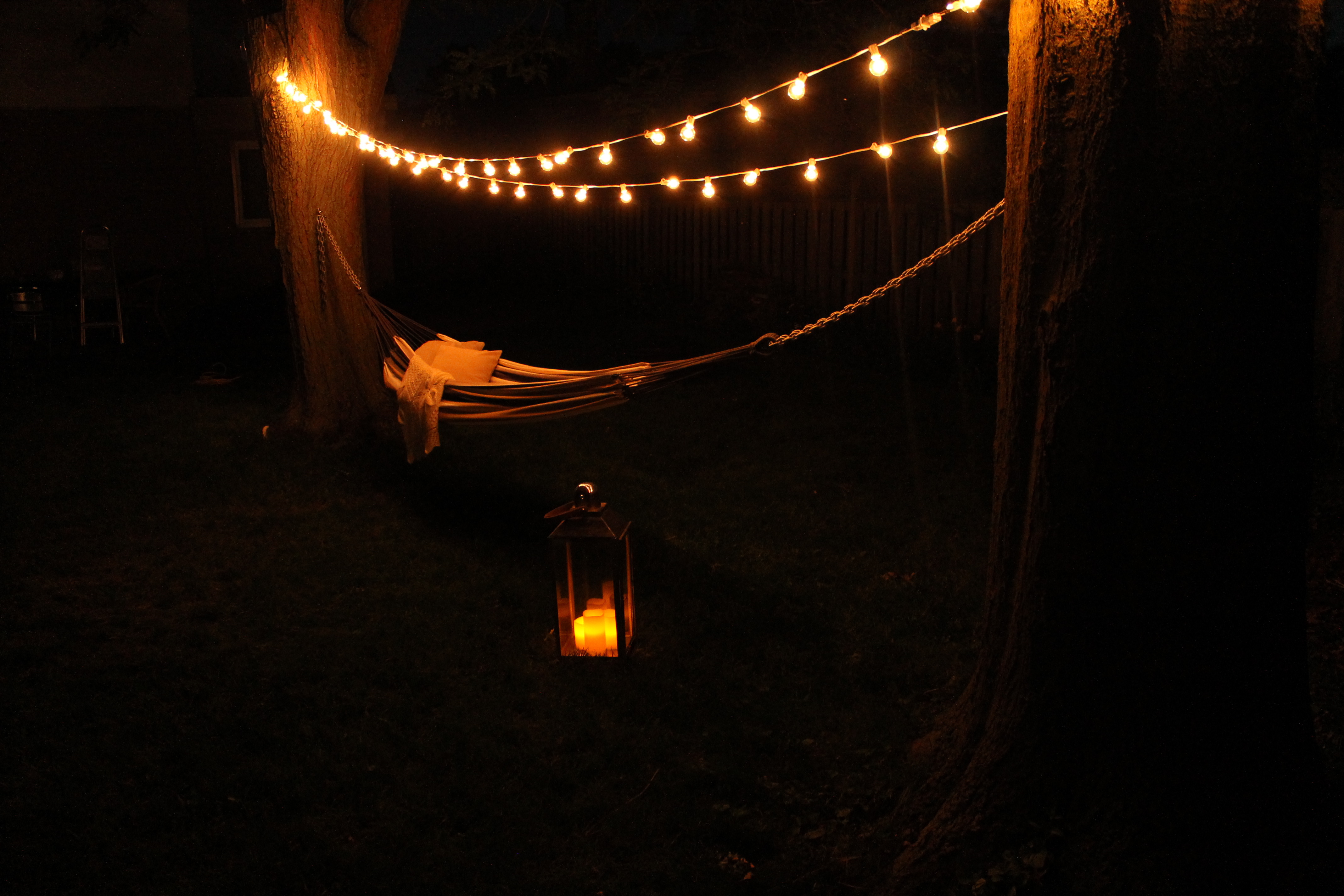 Here’s the garden by the pool before – I am so good at growing weeds. 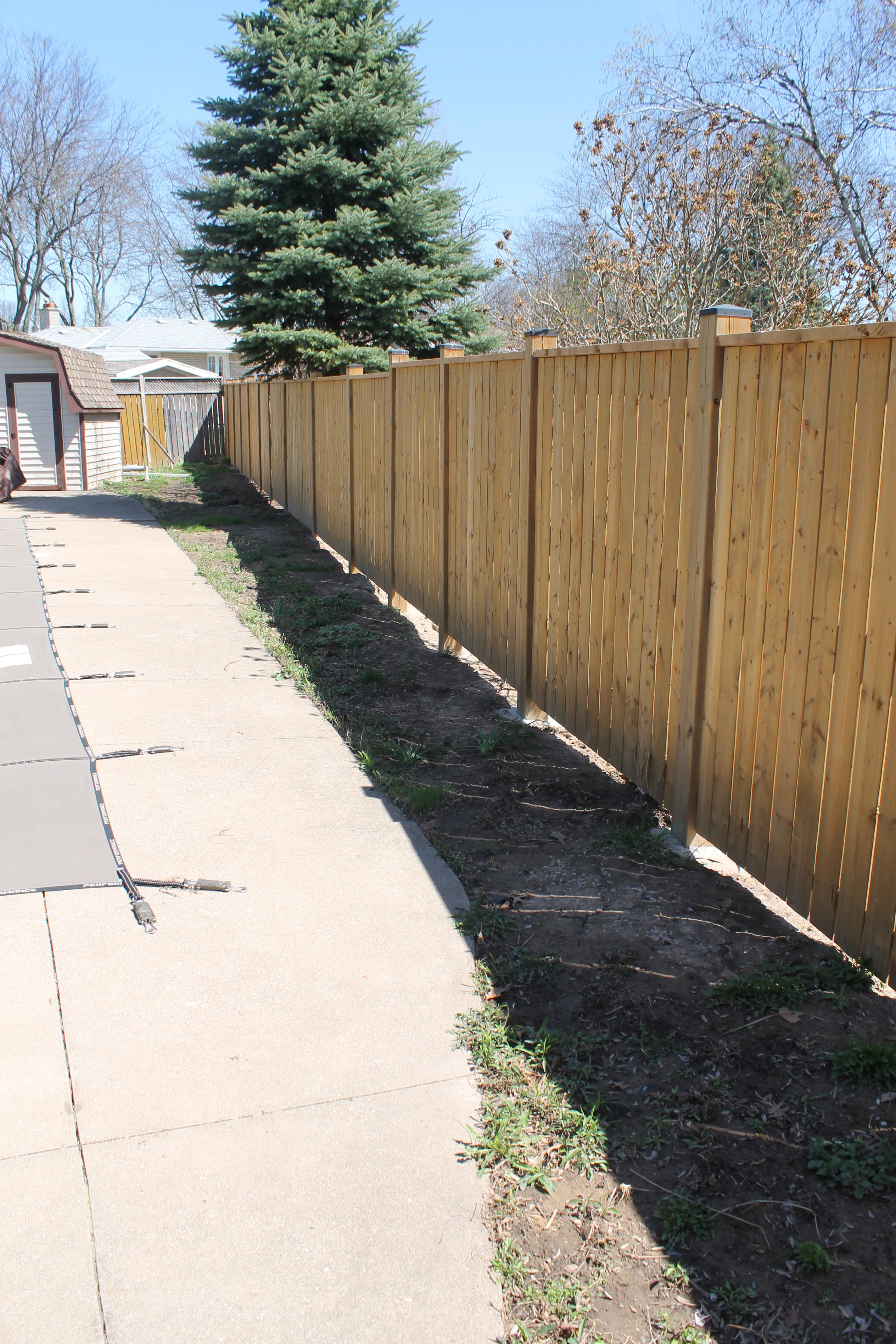 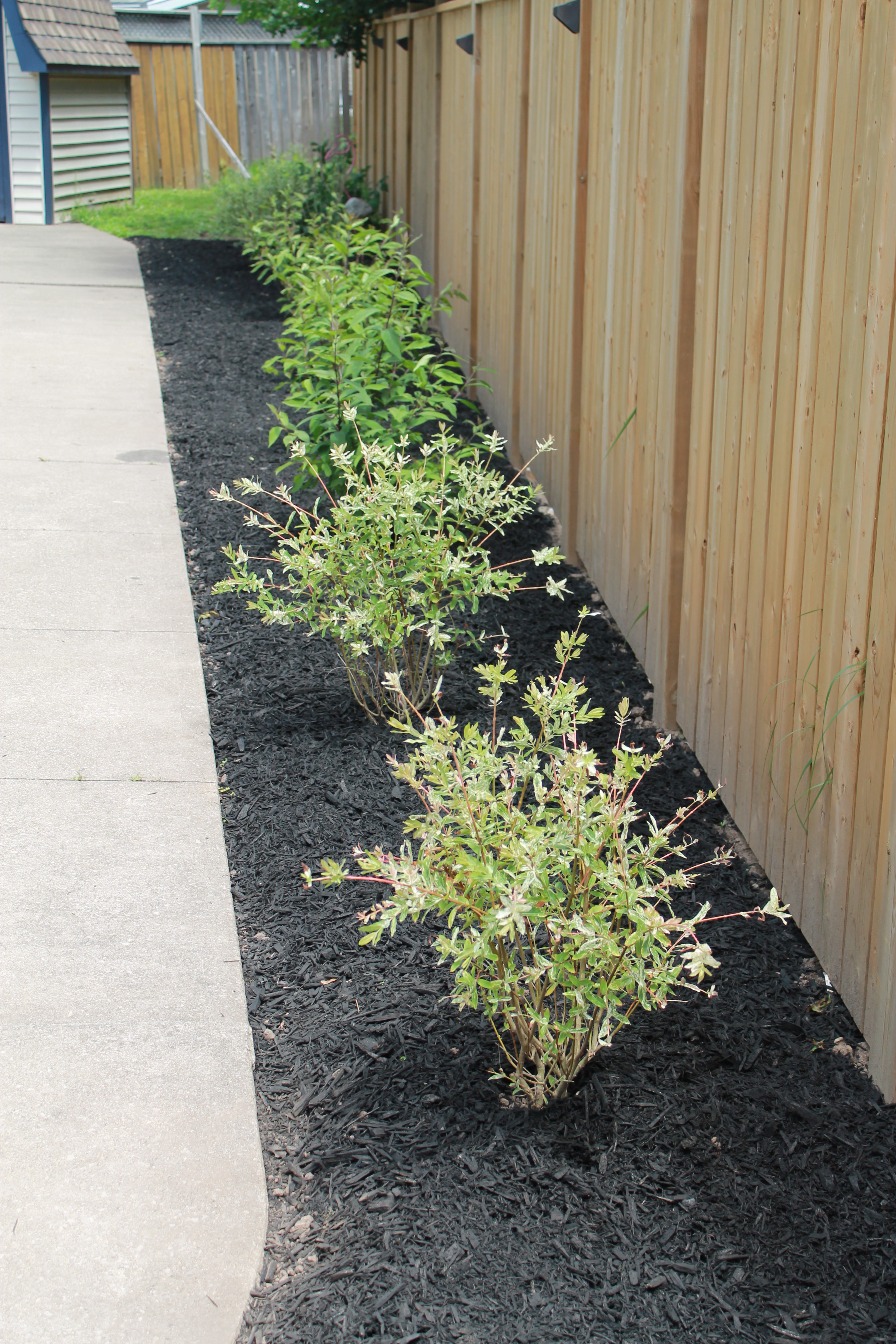 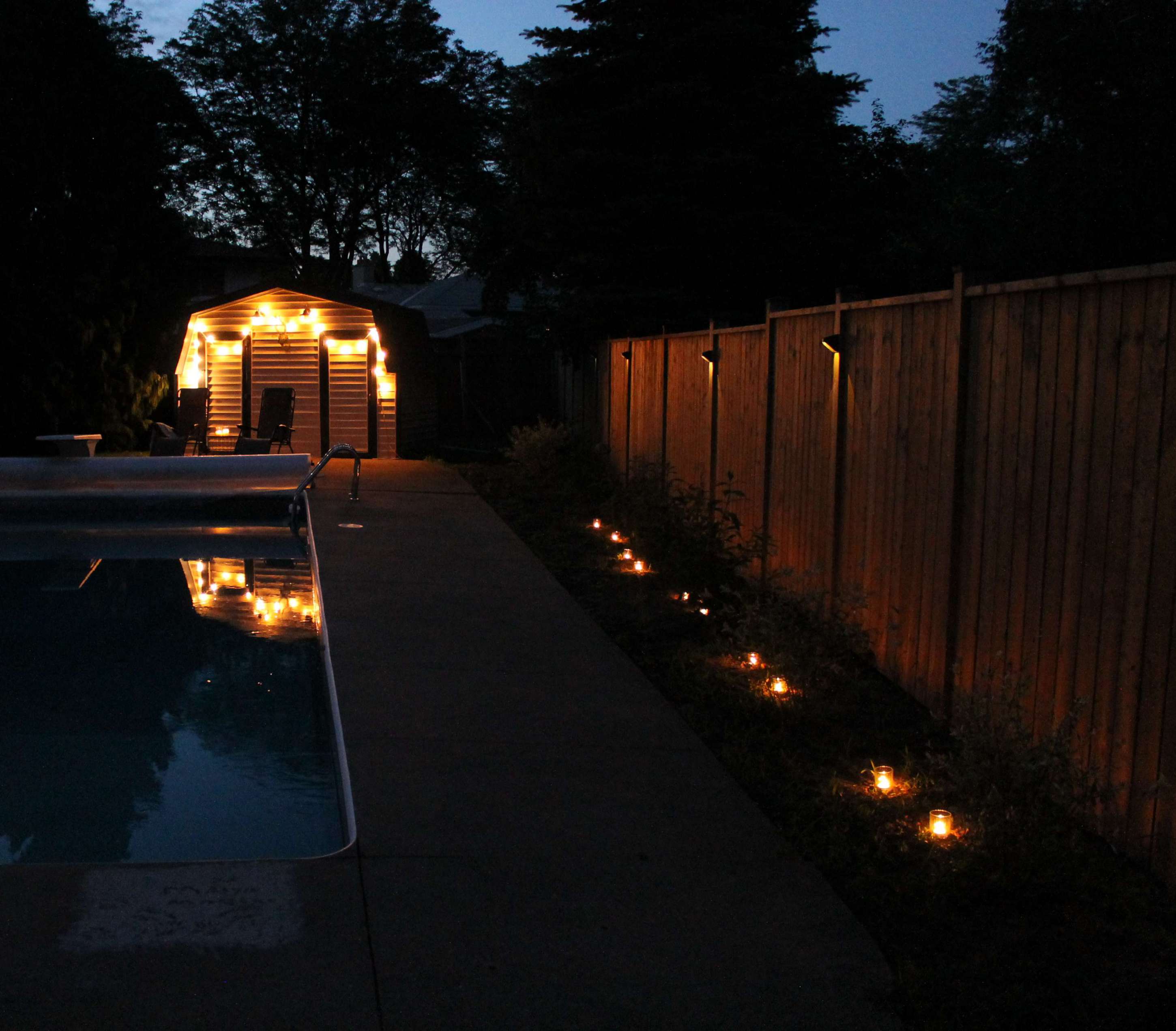 I had hoped the sitting area by the shallow end of the pool would have been finished by now, but it’s not so it still looks like this. 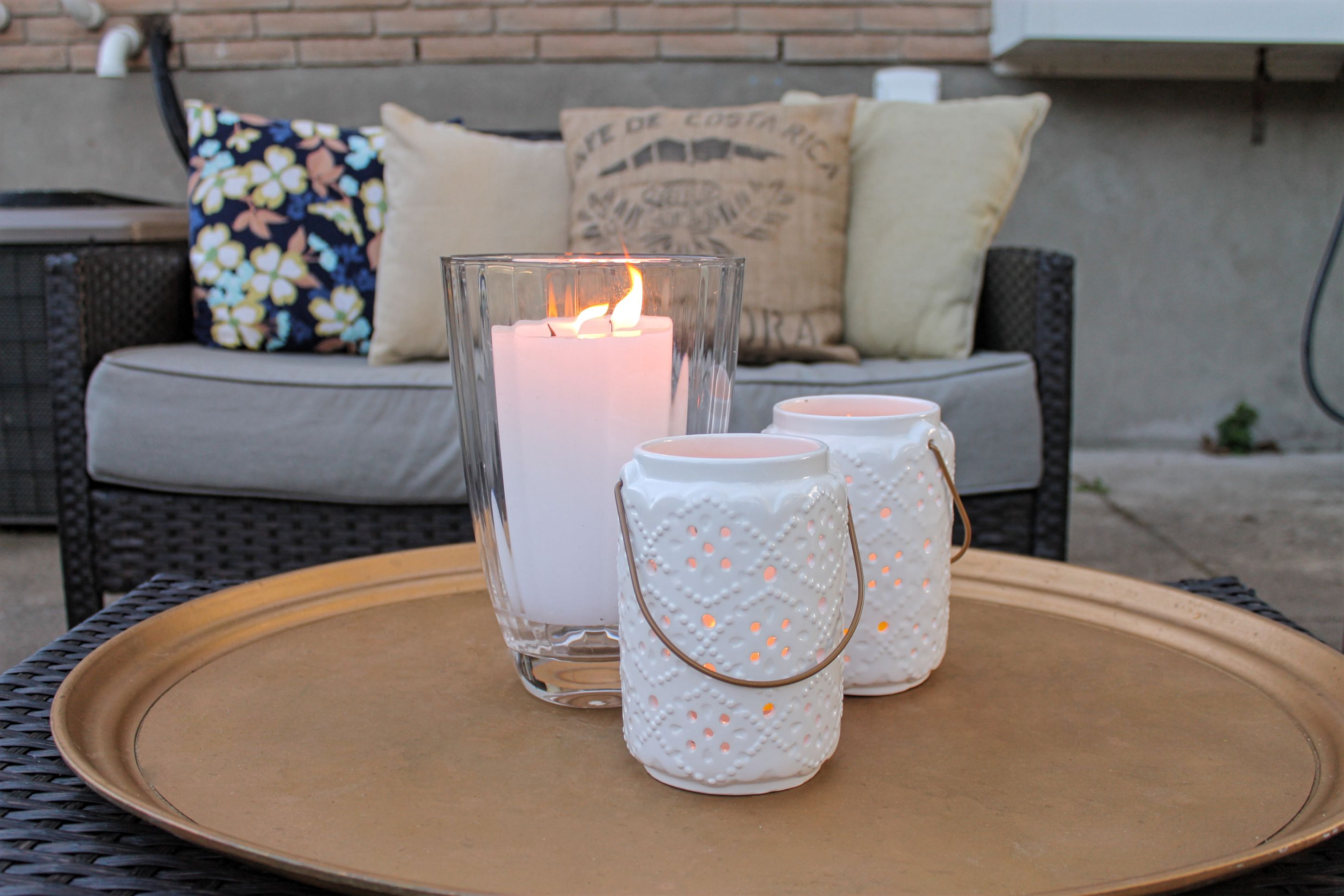 The ugly air conditioner is still visible along with all the venting pipes and the garden hose. The plan is still to build something to cover all this up. The inspiration for my plans can be seen here. But it’s just so much nicer to sit by pool and enjoy the summer rather than work on a project! 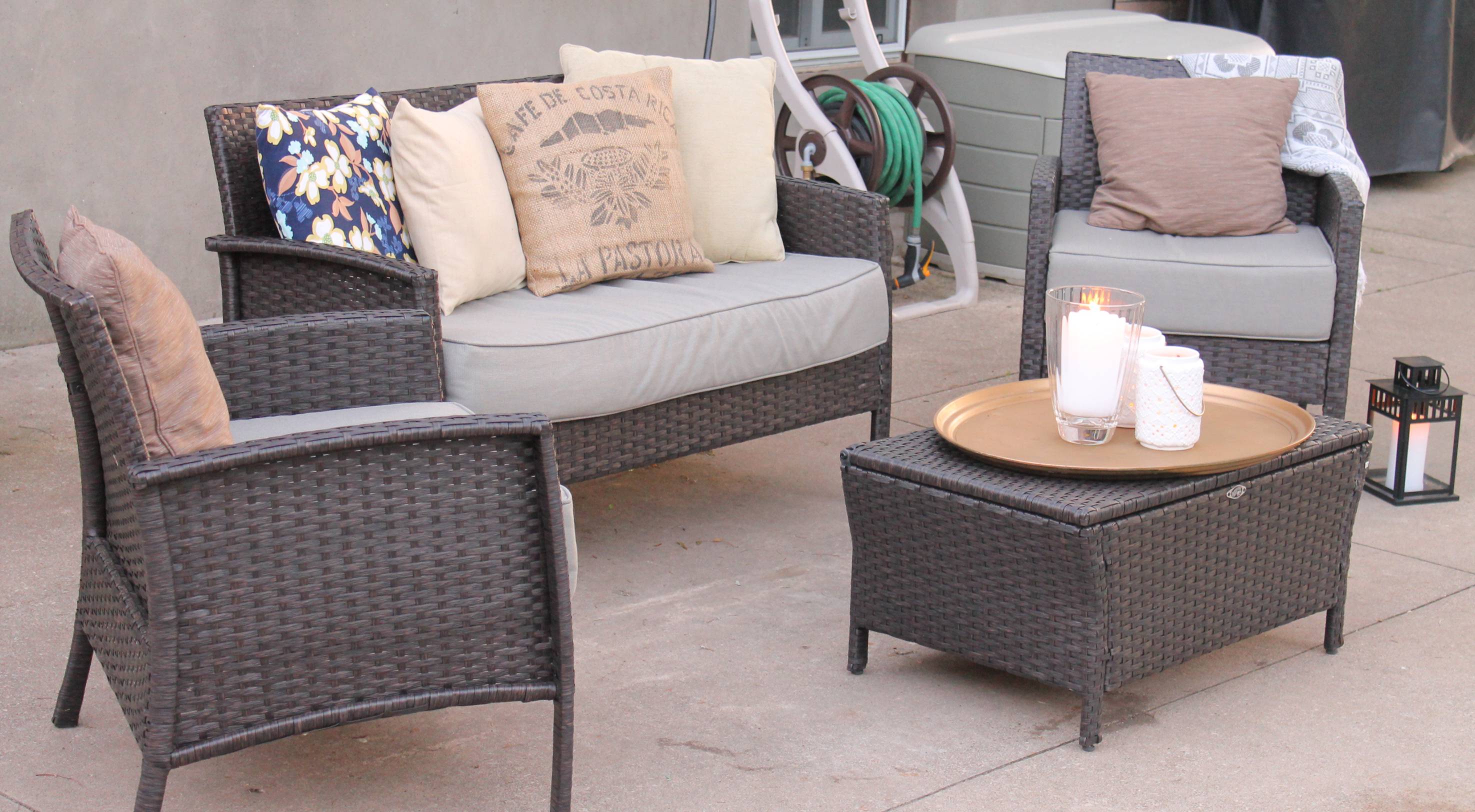 I haven’t even mentioned the other gardens in the yard. Seriously, there are  too many gardens. The good news is tree debris (and rat village) has been remeoved so we can start thinking about doing something in that corner of the yard.

I have to keep reminding myself it’s okay that it’s not picture perfect and that our projects have been sidetracked by life. Despite my strivings for backyard utopia, not one single person has mentioned that they might have a better time if only the yard looked a little better. So, if you need me, I’ll be in the backyard – probably laying right here, ignoring the weeds in the garden behind me. 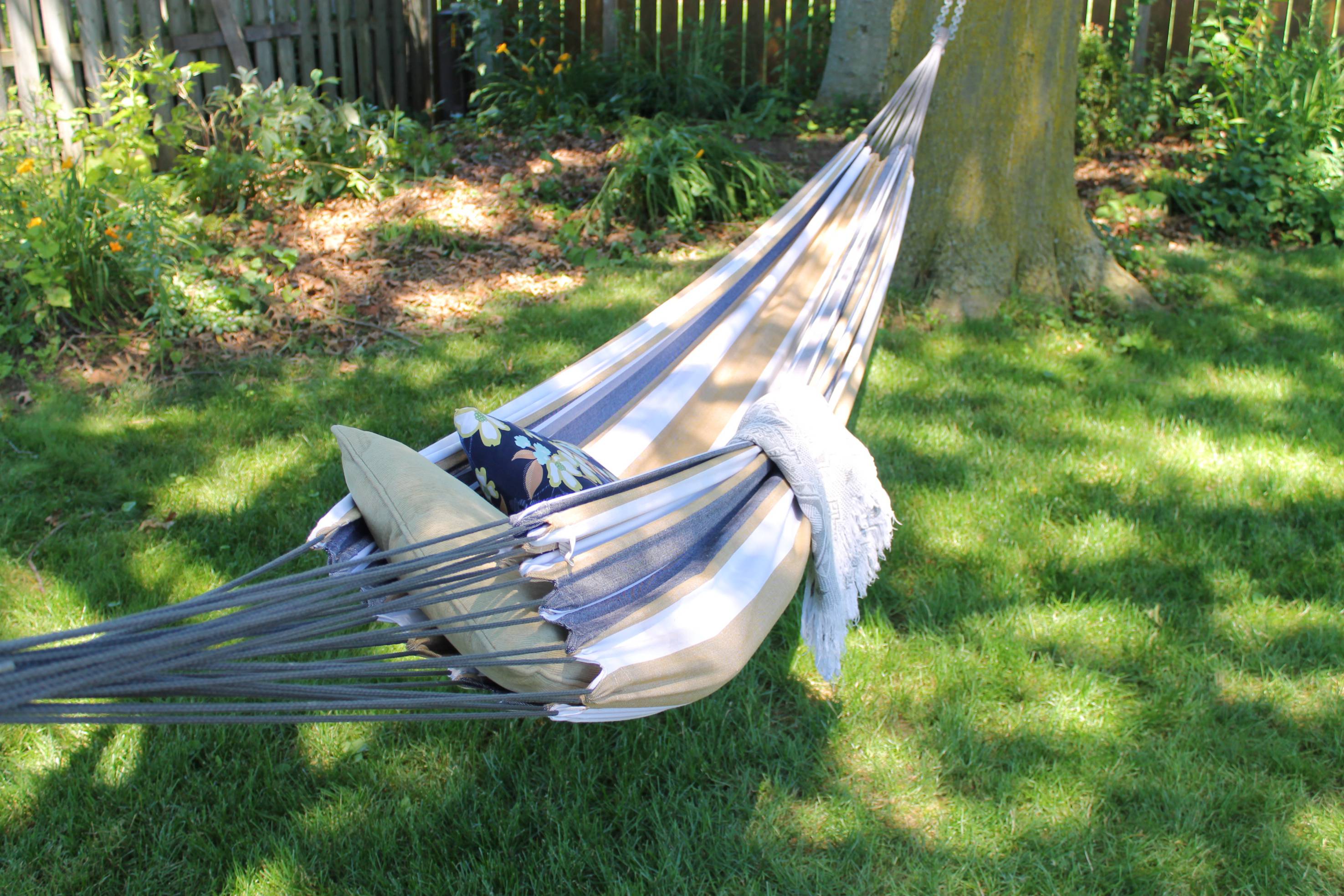 One thought on “Backyard Makeover – The Not-Quite After”

I’ve always loved January for its promise of new

Last minute shortbread baking. We may not have a

Feeling grateful this week for all the amazing peo